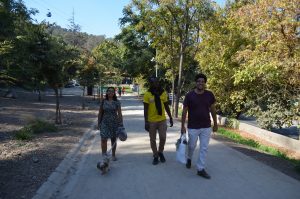 We were headed to Santiago mainly to see Camila and Gabriel, who had couchsurfed with us in London just a few months earlier during a trip around Europe. Gabriel had space for both us and the van, which was perfect… And we enjoyed sleeping in a proper bed and having access to regular hot showers!
We have been trying to watch a football match both in Brazil and in Argentina, but for different reasons it hadn’t worked out (Brazil was off season and the Argentinian players were striking while we were there). We had originally planned to stay in Santiago for a week, but in the end decided to extend by 3 more days so we could see Gabriel’s team (La Universidad de Chile) play in the local ‘clasico’!
We had a great time in Santiago. We got private tours, got driven around, played an old version of Billard with Camila’s dad, bought Oscar a new phone on a market where you could get anything from sofas to puppies, saw a street art open air museum, sat in the spot overlooking the city where Camila and Gabriel had their first date, got driven to a wine tasting (so we could finally both drink!), tried Gabriel’s homemade Cazuela (a sort of traditional Chilean stew), played many rounds of ‘Heads Up’, took a number of photos that can be used if the four of us ever decide to start a band, met Max again after Buenos Aires and Ushuaia, had ice cream in one of the top 25 places in the world (not sure if that’s true, but it was definitely very good), had many completos (a fancy version of hot dogs), went on a pub crawl with Anto who we’d met in Rio, took one of Monika’s friends who lives in Santiago on the same pub crawl and got told off by her the next day :), went to Santa Lucia and San Cristobal for amazing views of the city, went to the Museum of Memory and Human Rights about the dictatorship in Chile (very moving and thought provoking), had lots of wine, tried Pisco Sour, saw the presentation of a presidential candidate, made friends with Charles the cat who came to wake us most mornings, met Camila’s dog Freddie who Oscar tried to tire out by running down part of San Cristobal hill, went out in Bellavista, drove to Valparaíso and Viña del Mar for a day, and finally we went to watch La U vs Colo Colo.
And now we hope that Camila and Gabriel will come to London again soon! 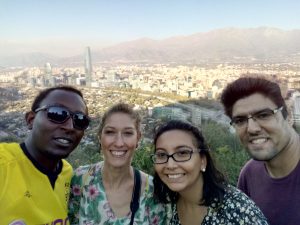 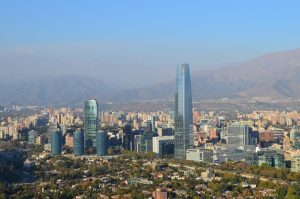 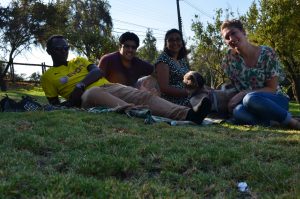 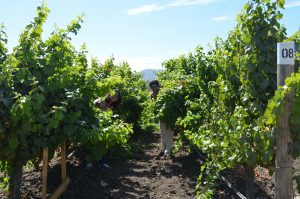 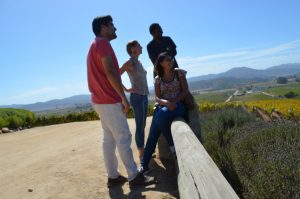 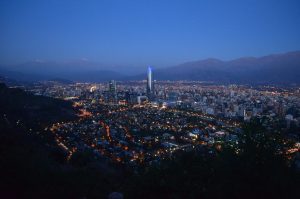 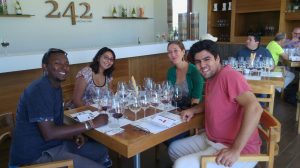 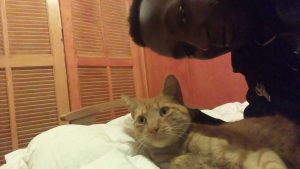 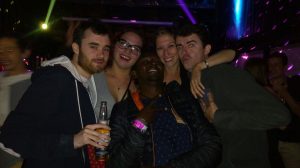 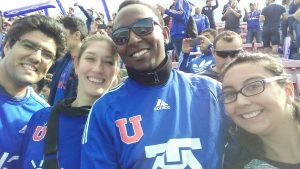 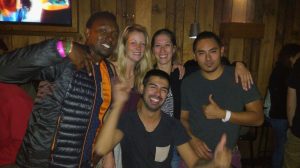 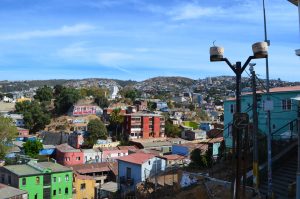 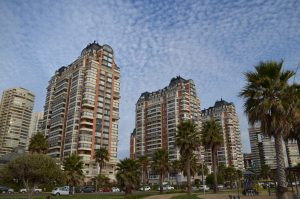