We got to Buenos Aires on the 1st of March and by that point I think we were both ready to move on from Carnival! Plus we wanted to have a bit of time before our Spanish course to discover the city.

We took the bus to São Paulo and stayed over at our friend Erika’s house. We went for dinner with her father, brother and Luiz. 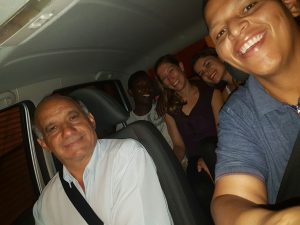 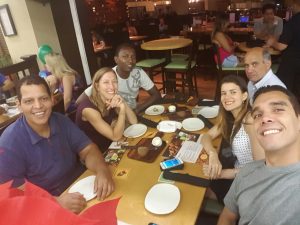 Her father took us to the bus station the next morning and made sure we were going in the right direction for the airport. Communication was not the easiest, but the whole family was super friendly.

We had booked an apartment in the Palermo area of Buenos Aires, as recommended​ by Fernando. It’s a very nice area full of bars and restaurants. We arrived after midnight, but this being Argentina, we had no problem getting dinner in the area. And we took care of an important thing the best day, which was to buy some Malbec after two months of mainly drinking beer! 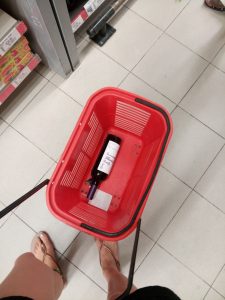 We met up with Angel and Elisa the next night and they took us to a nice restaurant where Oscar could get the kind of steak he’d been talking about for weeks! 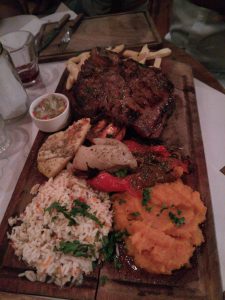 We also got introduced to a “Pinguino”, which is a penguin-shaped jug with house wine that you can order in restaurants. 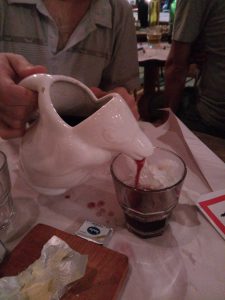 We went on one of the free walking tours in the city again, which was really good. 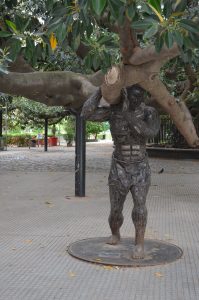 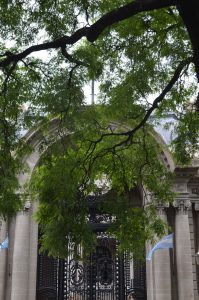 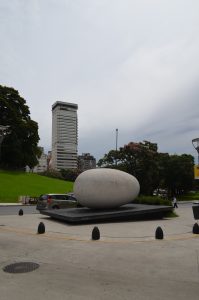 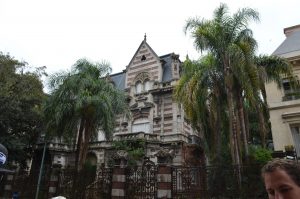 On Saturday, we met with Angel and Elisa on Plaza Francia for some mate. We had tried before but found it very bitter, but they had brought sugar which makes it a lot easier for beginners! 🙂

It’s quite funny because when you drink together, one person is responsible for filling up the cup with water and handing it to everyone in turn. A bit like passing around a joint… 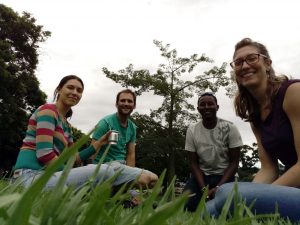 In the evening, we met with Fernando’s friend Santiago, who I had already met in London. We had a great dinner with him and his fiancee and then got taken to a speakeasy bar in the basement of a flower shop! 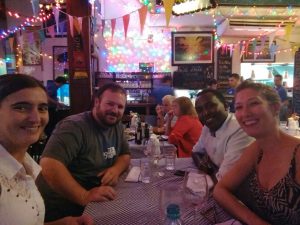 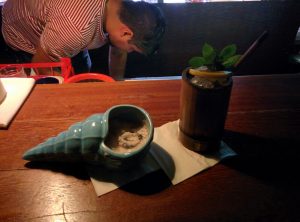 On Sunday, Elisa and Angel took us to the “Feria de Mataderos”, a weekly market with traditional crafts, food and music.  There are a lot more traditional dances in Argentina than we had ever heard of… And we got to see some dancers in traditional clothes. 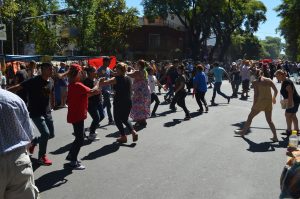 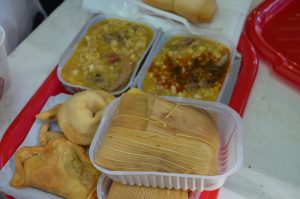 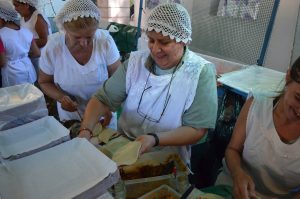 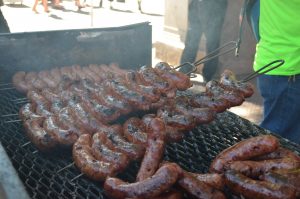 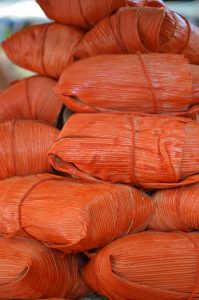 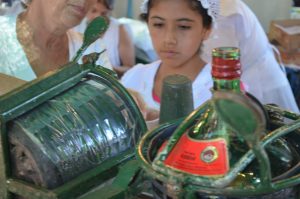 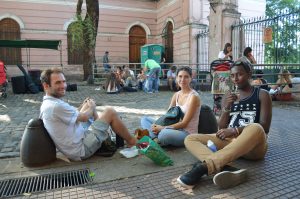 On Monday, we had to get up early for the first time in months to get to the Spanish School. They had organised a stay with a retired art professor in Recoleta for us, which was in a huge apartment on Avenida Santa Fé, a big road with shops. 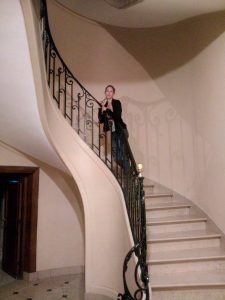 The school (Expanish) is quite big and there were a lot of – mainly European – students. A lot of Swiss, actually! 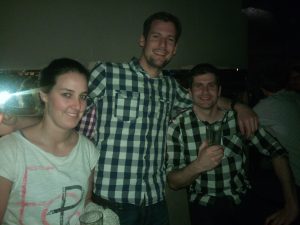 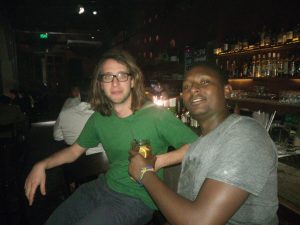 There were quite a few events after classes, so we got to see a bit more of Buenos Aires in the afternoon. We also went to a Tango class which was fun. 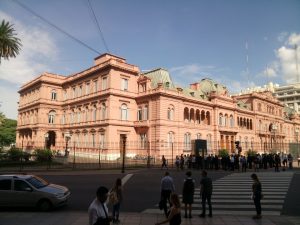 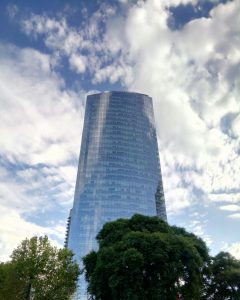 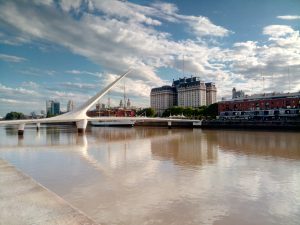 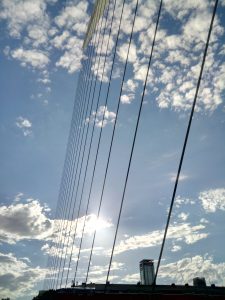 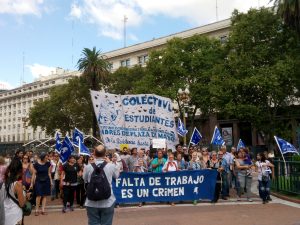 We left Buenos Aires after just a bit more than a week, feeling that we really should have had more time. I really liked the city, it’s a place I feel I could easily live!