We arrived in Rio on a Friday evening and got a cab to our Airbnb in Urca. Urca is a small, safe and residential neighbourhood around the Pão de Açúcar (the Sugarloaf). Our accommodation was tiny, like a converted garage, but perfect for a few days. 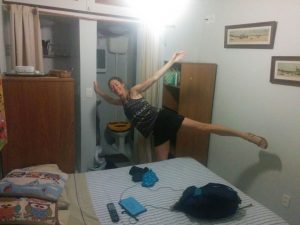 We hosted three Brazilian ladies in London last year and we met up with one of them and her boyfriend in Botafogo for a drink and then they decided to take us out in Lapa. Flávio was driving, so we were lucky enough to be chauffeured around! We first went to the Escadaria Selarón (famous steps in Lapa that I’d never even heard of) and had some caipirinha there. 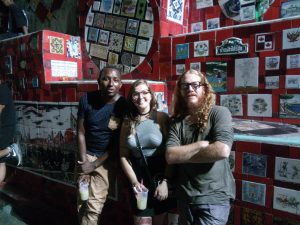 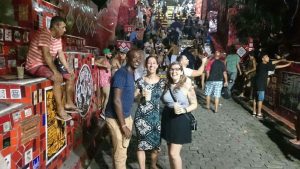 We then went to a cachaça bar and shared an entire bottle of ginger-cinnamon cachaça between Nathália, Oscar and me (since Flávio was driving). 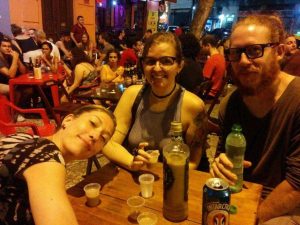 It must have already been fairly late at that point, but the streets were busy and we were merry and so when they suggested to go to a street party, we happily said yes. So here we are, at 5am… 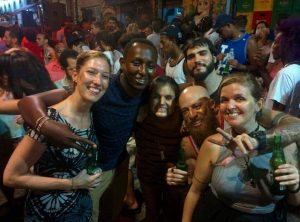 We got taken home around 6am and has a very unproductive day after waking up in the afternoon! Our only action of the day was to get some pizza in the neighbourhood later on.

Sunday we decided to do some sightseeing and walked across town for a while before heading to the Sugarloaf in the early evening. We timed it well to see the sunset over Rio, which was breathtaking! It really is a beautiful city with the mountains and beaches and bays around it. 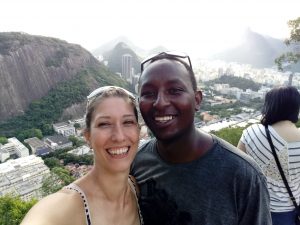 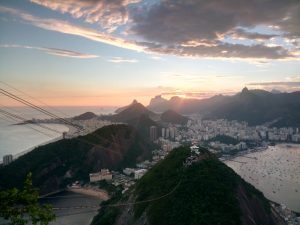 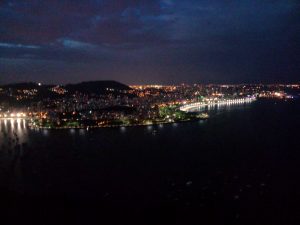 On Monday, we had tickets to take the train up the Corcovado to see Christ the Redeemer. Again we had the most amazing view over the city. 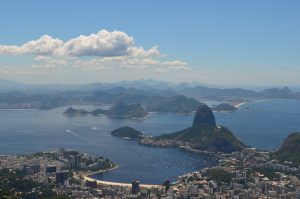 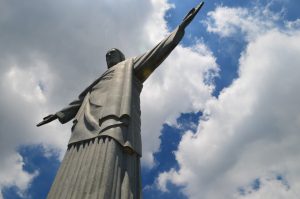 In the evening, we met our Argentinian friends from Paraty and Ilha Grande, Ángel and Elisa, for a beer on the wall of Urca – a stretch of low wall around the bay with a beautiful view of the city. 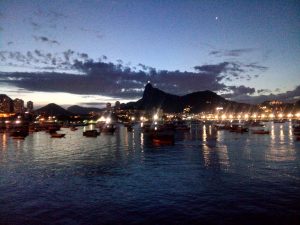 We got invited to stay at theirs in Buenos Aires and this will certainly teach us to book refundable and cancelable hotels from now on! 🙂

Tuesday was our day to travel to Salvador, but since our flight was only in the evening, we checked out of our Airbnb and left our luggage and the bus terminal before meeting Elisa and Angel at the Museum of Tomorrow. 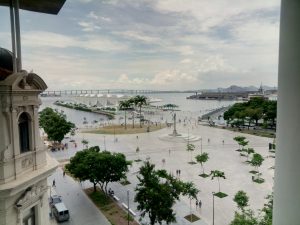 And that was our first trip to Rio! We got the big sights out of the way, but Lene gave us a list of things to do as well and I’m looking forward to checking out some of those when we get back there on the 20th of February.